The Gilan-e-Gharb block is structurally located in Zagros fold-thrust belt, the eastern part of which contains the Lurestan sedimentary basin and the western part in the sedimentary basin of northern Dezful. This block with an area of ​​۱۲۷۷ Km2 in the province of Kermanshah is located between Qasr-e Shirin and Gilan-e-Gharb towns, and to the city of Sumar southward near to the border of Ilam province. This exploration zone contains surface and deep anomalies in terms of hydrocarbon potential, which superficial potential mainly consist of natural bitumen, Gilsonite in particular that have made this zone as the most susceptible area for gilsonite mineralization especially in Middle East. 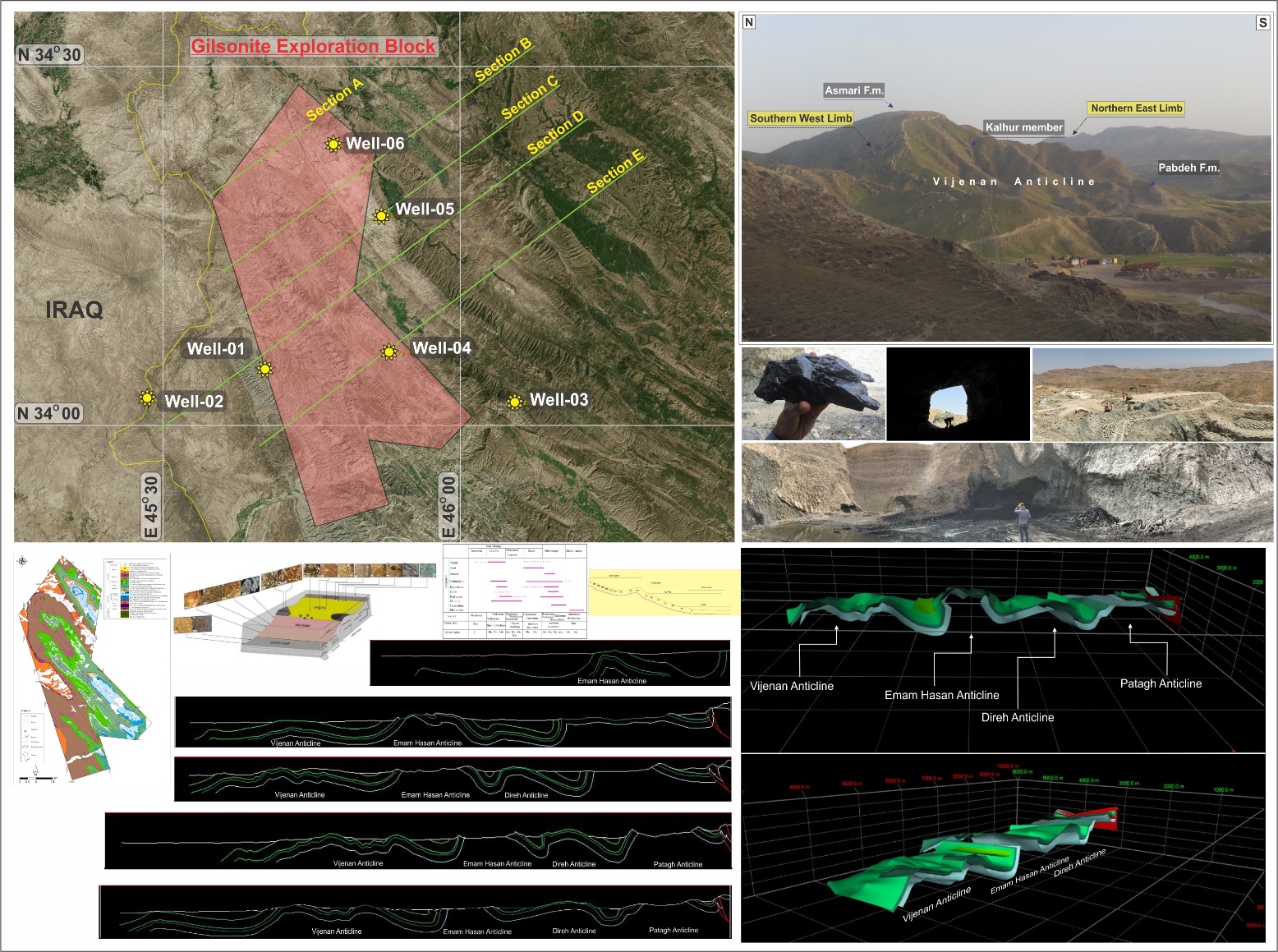